As a result of the “Eight Grievances” and the work of the Human Relations Committee, Dr. William Bell was hired as the new Associate Dean of Students in the fall of 1968. Dr. Bell had been serving as the Athletic Director at the University of North Carolina at Greensboro. Although at ISU for only two years, he had a major impact on the campus. He helped launch a faculty exchange program with HBCU Prairie View A&M, oversaw the recruitment of Black faculty and students, the establishment of the BCC, and assisted with counseling of students. 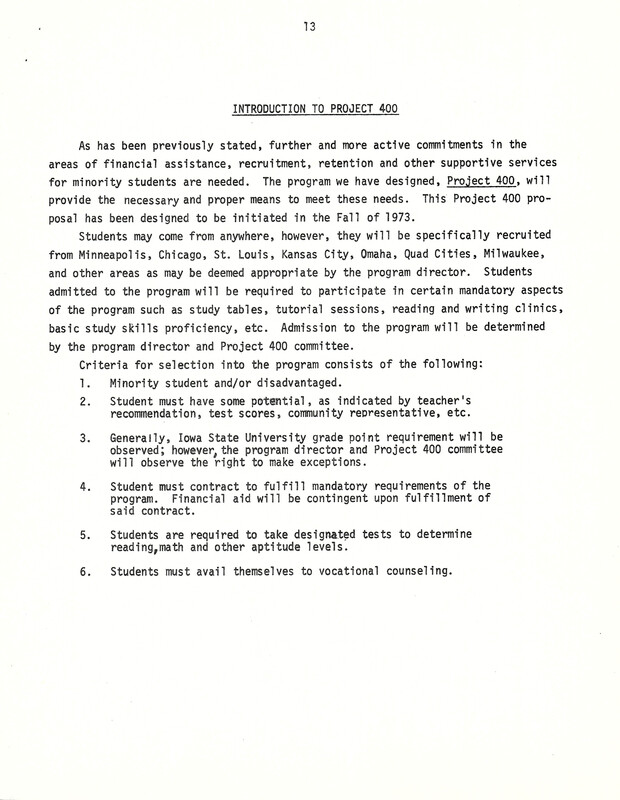 Stemming from the belief that President Parks had not followed through on a commitment to minority students from a speech in 1968, the BSO recommended “Project 400.” The four-part program called for further “commitments to financial aid, recruitment, retention, and other supportive services of minority students,” with the goal of raising the number of Black students enrolled at ISU to 400 over next three years. 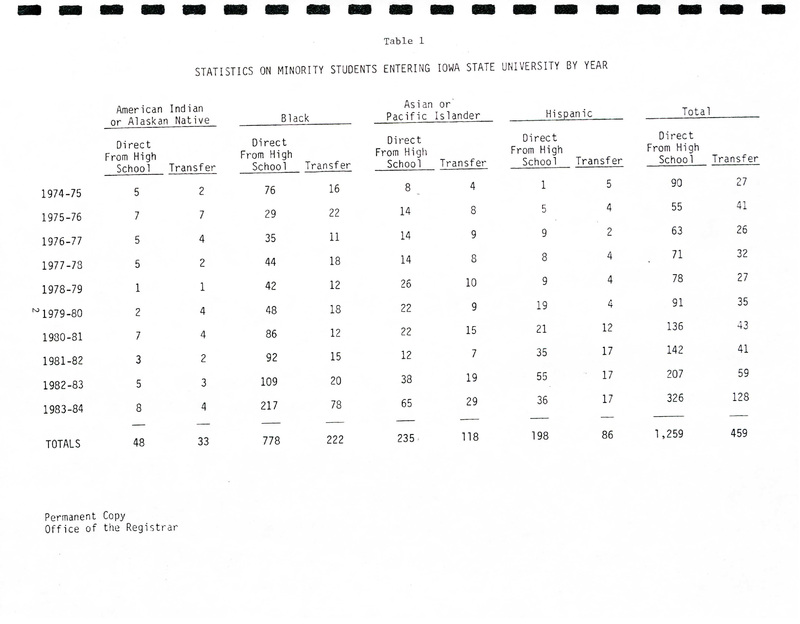 Through increased efforts by the university and under the leadership of Dr. George Jackson, the campus saw an increase in the number of people of color over a ten-year period. Although the numbers don’t reach the goal set by the BSO for Black students, ISU overall saw an increase of over 288 percent in the undergraduate enrollment of persons of color.