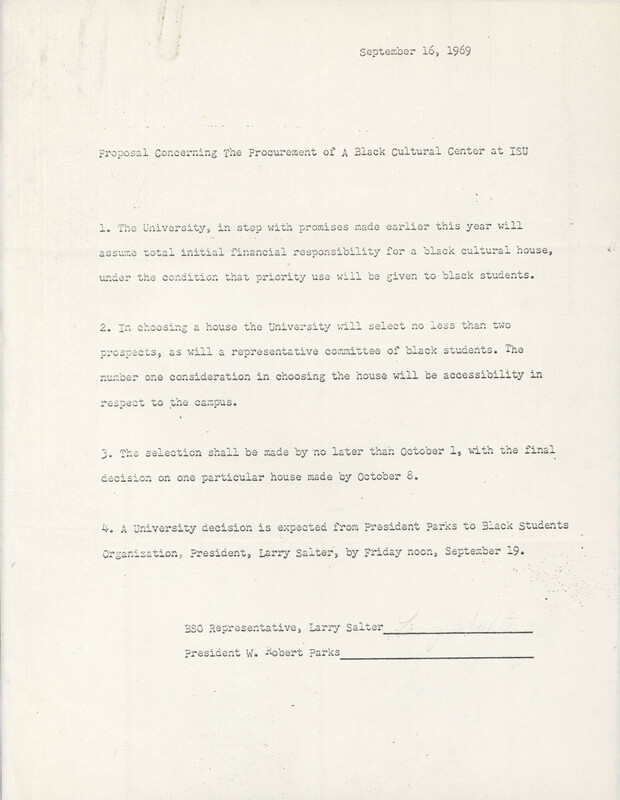 Proposal Concerning the Procurement of a Black Cultural Center at ISU

At a Council on Student Affairs meeting, BSO President Larry Salter read the proposal, accompanied by other Black students, and then walked out of the meeting. The proposal called for ISU and President Parks to fund the purchase of a property for the BCC and set deadlines to meet certain expectations. Salter and the BSO claimed ISU administrators had promised to fund the BCC, but the administrators denied that. 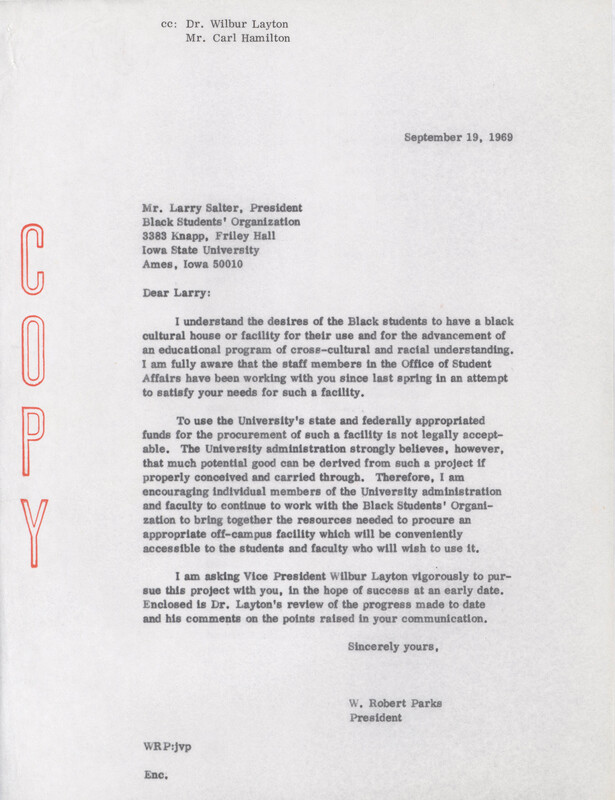 In September 1969, ISU President W. Robert Parks stated that the university couldn't provide money for the funding of the organization or purchasing of property to house the Center. He did urge student, faculty, staff, alumni, and the general public to help raise funds. 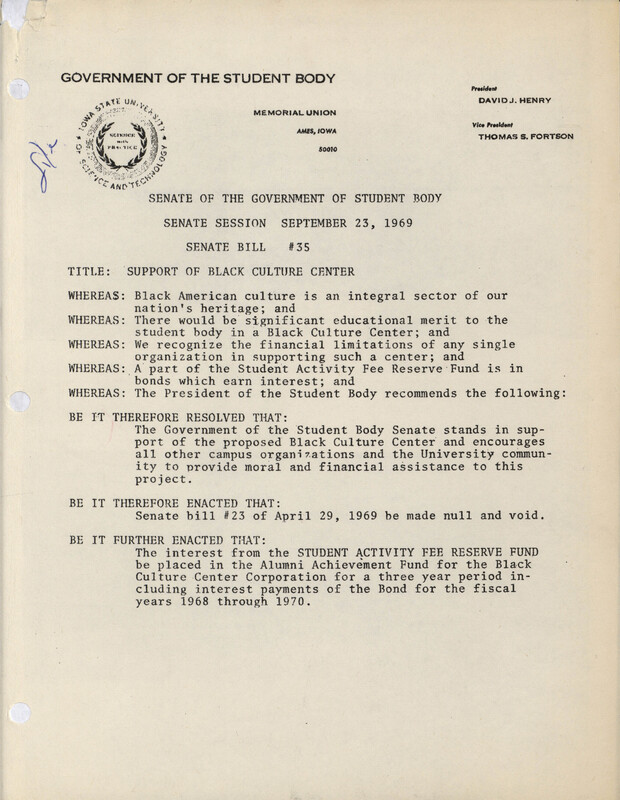 Government of the Student Body Support

Following President Parks’ statement denying university funding to the BSO, the Government of the Student Body passed a resolution in support of the creation of the BCC. Additionally, money was pledged to help fund the Center from interests accumulated off of the Student Activities Fee Reserve Fund.