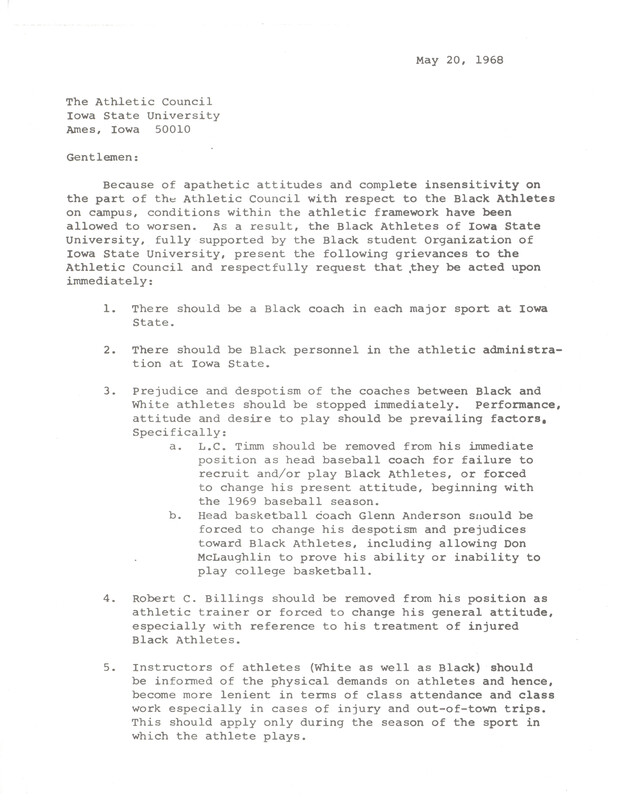 Following the assassination of Dr. Martin Luther King, Jr., and interviews with students and administrators by the Iowa State Daily, Black athletes of Iowa State, with full support of the Black Student Organization, presented a list of eight grievances to the Athletic Council. After investigating for nearly a month, the Athletic Council responded in a carefully worded statement that they didn’t find any discriminatory evidence by coaches or in its hiring practices. 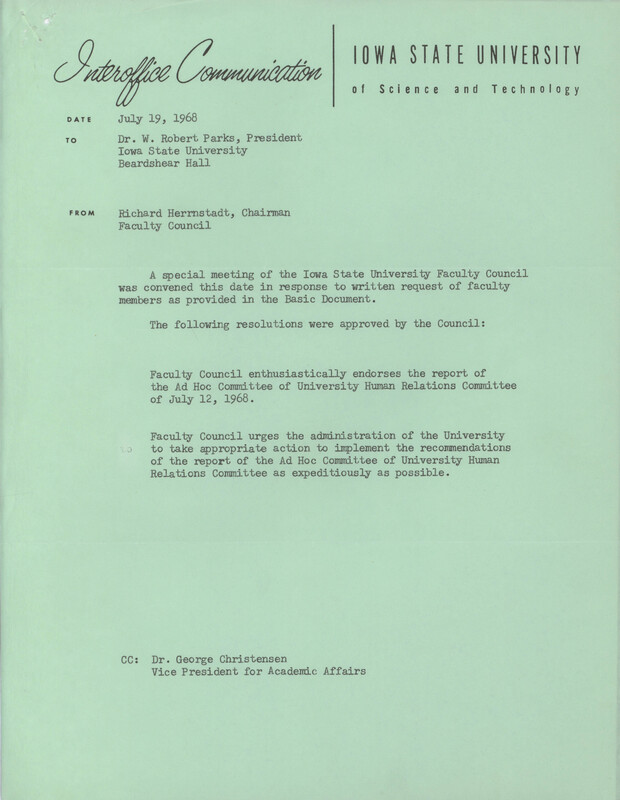 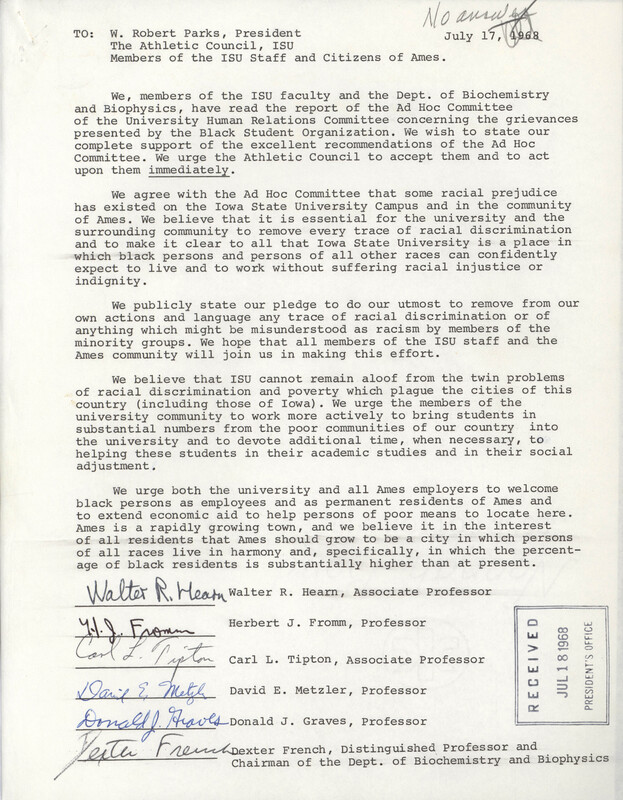 Memo to President Parks from Faculty of Biochemistry and Biophysics

After the Athletic Council announcement, President Parks tasked the University Human Relations Committee with further studying the grievances. The Committee released its findings stating “that prejudice revealed by individual action exists on the campus.” It also went on to say that the acts didn’t appear to be from planned discrimination. The Committee recommended an immediate appointment of a Black football coach, recruitment of Black coaches for other sports, appointment of a Black counselor, approval of off-campus housing for athletes, and the distribution of scholarship money by the University Treasurer. The report was supported by many around the university, and President Parks was called upon to implement the recommendations.